RiskRecon is very much Jesse Card. Jesse is RiskRecon’s founding software developer. RiskRecon tested him in every way – technically, professionally, personally, and emotionally. He led RiskRecon through every stage of development – from being the first employee, to running a development team of twenty-five. He can build anything – and I do mean anything. He has unmatched grit. He leads very authentically. And he makes it fun for everyone along the way. I have been blessed to share the journey of RiskRecon with Jesse Card. He never wavered in his commitment to the company and his co-workers. Jesse made all the difference. 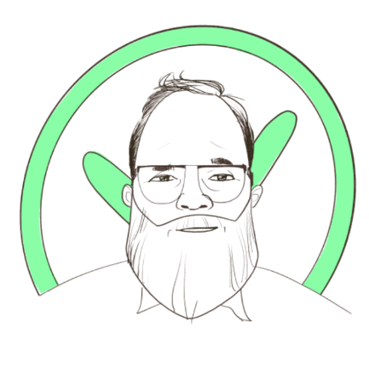 Jesse is RiskRecon’s founding developer. I pitched Jesse on joining RiskRecon before I had even closed seed funding. Once I landed seed funding, he promptly gave his notice, walking away from a safe, comfortable engineering job. He did that with two kids just a couple years away from college and three others following shortly behind. That takes nerves of steel – both from Jesse and Shari, his spouse.

On day one we met in our 150 square-foot office in downtown Salt Lake City. I handed over to him my steaming pile of 30,000 lines of minimum-viable product code. We drew some plans on the whiteboard and I took off to sell. Since that day, RiskRecon code has been Jesse’s.

It took a lot of grit to spend his first three weeks alone unraveling that code and moving it forward, with no co-workers and no customers. But he did it. He hired one person. Then another. And another. The product grew line by line, system by system. And Jesse’s fingerprints are on every part of it. Frontend code, backend code, databases, systems, developers, design, architecture, you name it. Jesse can do it all. He did it all.

People romanticize startups. I’ll only say that it takes an unbelievable amount of grit. In a world where developers, particularly good ones, have mountains of great opportunities at “safe” companies, few are willing to make the sacrifice to pursue a far-off vision. Jesse has grit – more grit than I have ever seen in anyone. Those first weeks of being the lone developer. Leading a small, then growing development team. Consistently meeting tight product release schedules only to turn around and pitch over to another. I am very familiar with the sacrifices Jesse made to build RiskRecon – not because he ever told me, but because it was evident in the pace that he pushed RiskRecon forward.

Jesse went through the hardest professional gauntlet anyone can experience and he stood strong the entire time. He never touted his contributions, he never complained, he never even asked for a review or a raise. He just rolled up his sleeves and built where he stood. It set a tone for every person in RiskRecon. Just build where you stand – no ego, no hierarchy.

Some people are full-time managers. Some full- time managers call themselves leaders. Jesse is a straight-up leader. Some lead from a lofty perch – a corner office, spending their time managing up, not giving enough mind to the work below. I offered Jesse that corner office. He declined. Jesse leads from the trenches, shoulder to shoulder with his team. He builds with them. He helps them think through their work, their algorithms. I suppose that is servant leadership. Jesse leads by serving.

Jesse’s leadership shows up in his people. From the early days, some of the best developers in Utah came to RiskRecon because of Jesse and Mike Fowkes, our CTO. They have a lot of gravity. The people in Jesse’s team have grown professionally at rates they won’t understand until they work somewhere else. Two developers have left RiskRecon since its founding in 2015. The one who didn’t leave because of life circumstances came back within two months because he learned how good it was to work on Jesse’s team.

I’ll share a quick story with you that reflects the effectiveness of Jesse’s leadership. Mind you, Jesse was not involved in any of this. On a recent Thursday morning, I called Chenille Harvey, Jesse’s project manager. I needed her to pull together the portal development team for an emergency product requirement. The team came together by 8:30 am. We discussed the documented requirements. By 10 am they had an estimate back, saying they would have it in production at the end of the next day. Sure enough, they were done at 5 pm on Friday. Jesse wasn’t involved. That is how good Jesse’s development team is. That is the most important thing that Jesse ever built – his people. 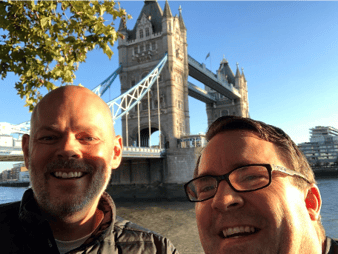 Jesse never stopped serving his family and his community. As an amazing lacrosse player in his own right, Jesse supported his kids in achieving their own State and National awards. He also helped coach his local high school lacrosse team deep into the State Championships every year. He has impacted many lives through his coaching.

I’ll close by saying this. If you go to war, Jesse is the one you want in your foxhole. He has the skill to build anything – just give him CPU and memory. He has the grit to achieve the distant objectives – bigger grit than anyone I’ve ever met. And he will make you smile along the way. I have been blessed to share the journey of RiskRecon with Jesse Card. He never wavered in his commitment to the company and his co-workers. Jesse made all the difference. Thank you, Jesse Card. 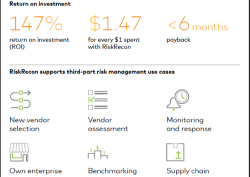 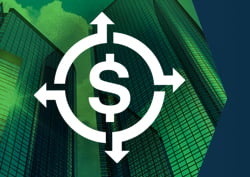